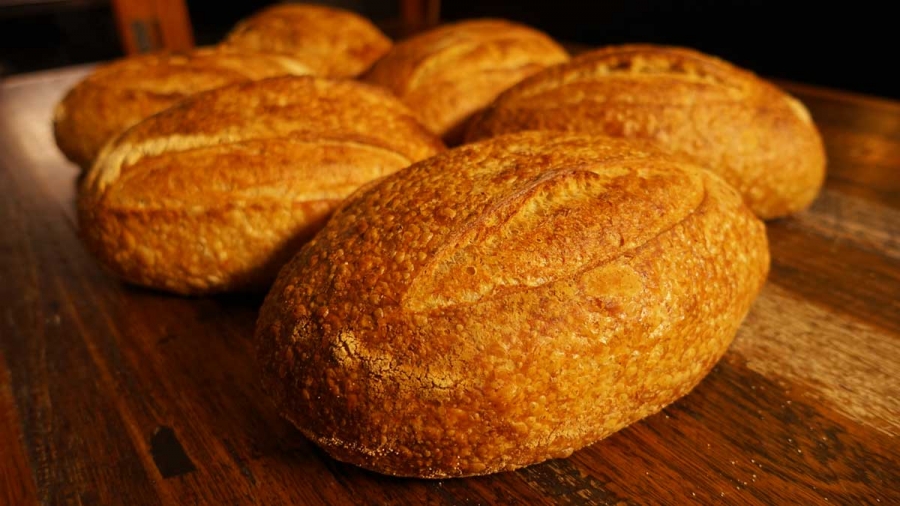 Spelt is an ancient form of wheat relatively unchanged over time compared to modern wheat varieties. Having said that, it is a type of wheat. It is a temperamental flour to work with, and has a softer gluten that many people can tolerate over conventional wheat and also has less fructose. Hence, it's suitable for those with fructose and some wheat allergies.

It costs more than double compared to wheat, which is the reason for the higher priced loaf. IT IS NOT GLUTEN FREE!!

Our spelt is a sourdough composed of 10% wholemeal spelt and 90% white spelt. It is 100% spelt flour - that means there is no CONVENTIONAL wheat in it at all.

It is one of the only spelt loaves on the market which is freeform (not in a tin) light and airy, not dense!

More in this category: « White Pumpkin »
back to top